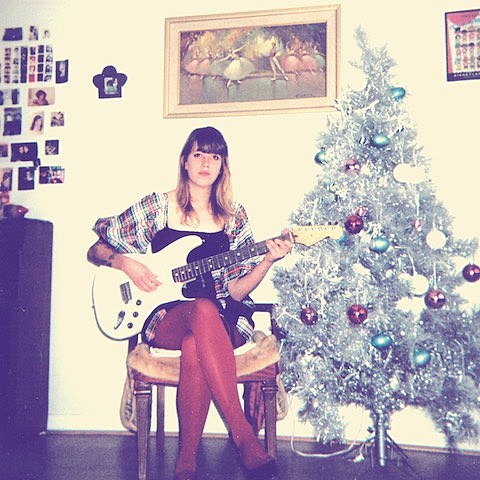 Former Vivian Girls guitarist Cassie Ramone has taken on some new projects since the end of Vivian Girls last year, including her new band OCDPP with Dee Dee of Dum Dum Girls and OJ of XRay Eyeballs. She's also been performing solo and recently announced a new solo album of holiday favorites called Christmas in Reno.

In the press release, Cassie said that the record is "at once an ode to the nostalgic merriment of Christmas and a nod to the pain and desolation of the American holiday season." The album will be out on December 11 via Burger Records, just in time for the holidays.

She released her cover of "Run Run Rudolph," which is a lo-fi acoustic take on the Chuck Berry classic. If this track is any indication of what the rest of the album is like, it sounds pretty much like what you'd imagine a Vivian Girls Christmas album might have been.

Cassie doesn't have any solo tour dates coming up, but OCDPP are opening for The King Khan & BBQ Show at Knitting Factory tomorrow (tickets).

Listen to her cover of "Run Run Rudolph" and check out the album tracklist below...