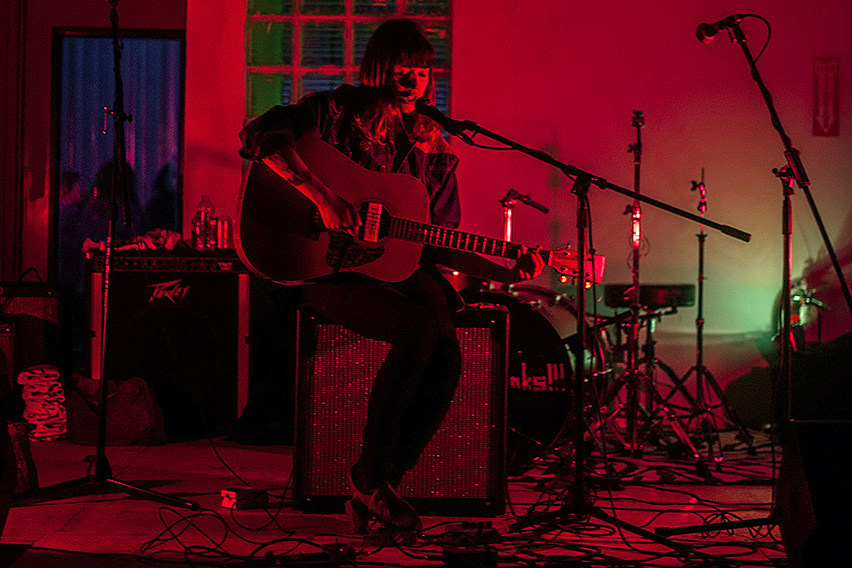 Cassie Ramone has announced her first solo record since Vivian Girls called it quits. The album is titled The Time Has Come and will be out via San Francico label Loglady on August 26. Ariel Pink plays bass on several tracks, and has also written an inner-flap style blurb:

"this is Cassie's first record. she used to sing and play guitar in the vivian girls. she recorded these songs by herself over the last year or so. she hopes you like the record. goodbye." - Ariel Pink

Maybe you saw Cassie playing some of her solo stuff at our BV-RBSS show at Baby's All Right with Woods, Weyes Blood and The Woolen Men in April, or at Trans Pecos in May. Check out a song from the new LP -- "Hangin On" is streamable below.

Cassie's other band, The Babies, seem to be on hiatus since Kevin Morby (who used to be in Woods) moved to the West Coast. Kevin is currently working on his second solo album and will be on tour with Steve Gunn this fall. They'll play NYC at Baby's All Right on August 22 with American Primitivism guitarist Daniel Bachman and powerhouse psych folk singer Weyes Blood. Tickets for that show are on sale now.

Kevin's also doing a stint with Real Estate as well as other dates. All are listed, along with the new Cassie Ramone song, below...