Castevet at MDF (more by BBG) 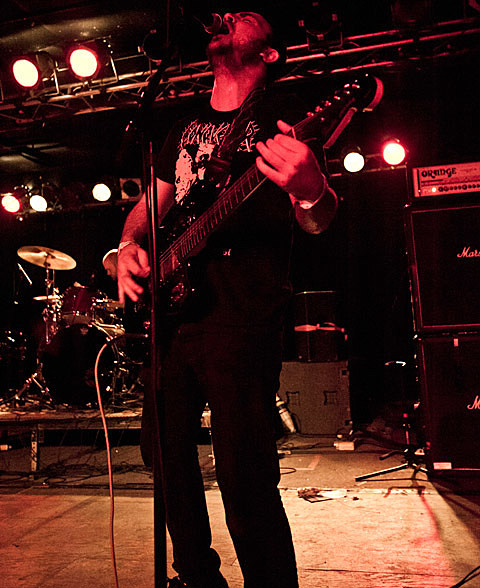 Fresh off an appearance at Maryland Deathfest, Castevet will play June 5th at Secret Project Robot (389 Melrose St, Brooklyn) where the band will join a decidedly eclectic lineup. The show will be headlined by Icelandic band Muck, which bears resemblance to the spazz pummel of Dazzling Killmen, and will feature an appearance from Kria Brekkan (ex-Mum) and new metal band Vital Pains, which features Greg Fox (ex-Liturgy, Guardian Alien, etc) John Bohannon (Ancient Ocena, Dharana) and Evan Sobel (ex La Otracina). $7 gets you in to this all ages, 8PM event.

Castevet recently added bassist Nick McMaster (Krallice) and is currently working on new material for the follow-up to Mounds of Ash.

The show is one of a few scheduled for Muck, who also play in DC with Citizens Arrest and Ceremony a few days after the Brooklyn show. They're also scheduled to play the Sigur Ros-headlined Iceland Airwaves festival in their home country this fall. A list of all currently known dates, videos and a song stream of Muck, along with a video of Castavet are below...