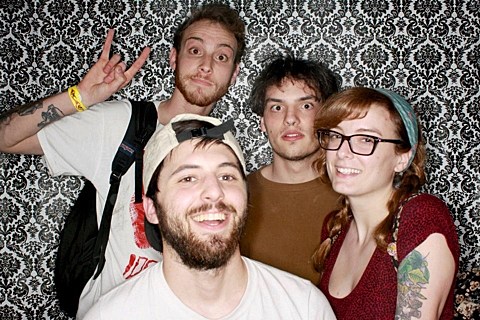 NJ punks Casual formed in early 2013 with a former member of the now-defunct NONA, and following split 7"s with the Beach Slang-related Crybaby and the Spraynard-related Martin, they're now set to release their debut LP in 2015 via Dead Broke Rekerds (Mike from Iron Chic's label) and Square of Opposition (Snowing, Literature, etc). We've got the premiere of the track "Spent" from that album which is the kind of scrappy punk you'll probably like if you like any of the other bands mentioned in this post so far. Check it out below.