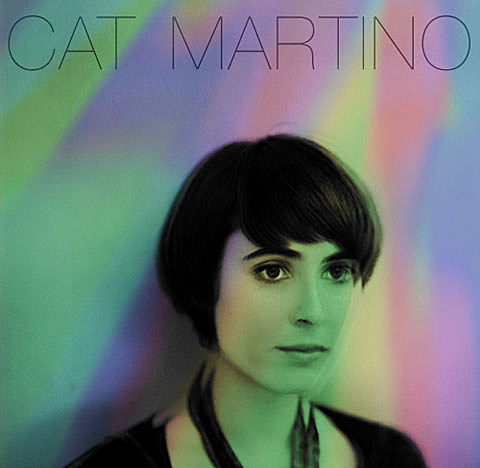 As mentioned in Rachel's review, Cat Martino danced and sang backup in Sufjan Stevens' 14+ piece band and has also played with Sharon Van Etten's band. Cat is releasing her own second LP Yr Not Alone this fall. The album's title track, which you can stream below, features Sufjan on backup vocals. Sufjan also co-wrote the track "We Belong" with Cat for the album which was produced by Jack Petruzzelli (Rufus Wainwright, Patti Smith), mixed by Brian McTear (Matt Pond PA) and features guest musicians Casey Foubert (Sufjan Stevens, Richard Swift, Pedro the Lion) and C.J. Camereri (The National, Bon Iver, Antony & The Johnsons). In addition to singing, playing guitar and piano, Cat creates soundscapes by putting her vocals through a loop station. Check out a video of her covering The Cure's "Love Song" with her loop pedal below.

Cat has a few upcoming shows including Cake Shop on September 14 and opening for Megafaun at Mercury Lounge with Doug Paisley on September 25. Cat was originally scheduled to play Truck America but the festival has since been cancelled. Tickets are still available for the Mercury show.

Song stream, videos and all dates below...