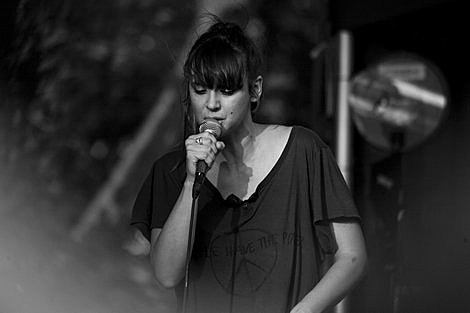 Cat Power (aka Chan Marshall) told Rolling Stone last October that she plans to release a new album and play all of the instruments herself. She has since debuted some new songs live at The Fillmore in San Francisco this past February, which you can check out along with a video of the Rolling Stone Interview below.

Cat Power, who is also on the new Eddie Vedder album, will hopefully bring some of these new songs to NYC when she plays Webster Hall on August 26. Tickets for that show go on sale Friday (8/5) at noon with an AmEx pre-sale starting Wednesday (8/3) at noon.

The NYC show is two days before Chan plays LouFest in St. Louis, MO along with The Roots, TV on the Radio, Deerhunter, The Hold Steady, !!!, Surfer Blood and more.