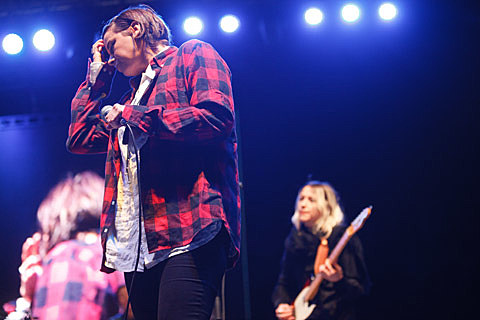 Cat Power already had some dates announced for this year, including the Burger-A-Go-Go 2 festival, and now she's announced more. Like on other recent tours, some will be solo shows.

She plays a solo date in NYC on September 9 at Webster Hall. Tickets for that show go on sale Friday (8/7) at 10 AM. It's the only East Coast show announced at the moment. All dates are listed below.

Cat Power's also set to narrate the upcoming Janis Joplin documentary. Watch a video of her playing "The Greatest" solo at Brooklyn Masonic Temple in 2013, below...