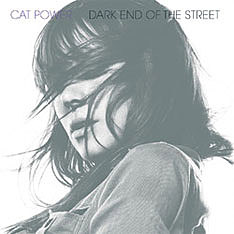 For Christmas 2008, CATPOWER presents a 6-song deluxe double-gatefold 10" vinyl and digital EP composed of tracks recorded for Jukebox (January 2008) but not released on that album. In keeping with the theme of the Jukebox album, all songs are covers.

Below is the track listing. The name in parentheses belongs to the performer(s) who popularized the song:

The Dark End Of The Street EP is available at Matador.

Cat Power is playing the Apollo Theater in NYC on February 6th and 7th. Tickets will go on sale Wednesday December 24th at 10am.

Cat Power's video for "Where is My Love", below...

Cat Power - Where is my Love?