The United States of Chan (via) 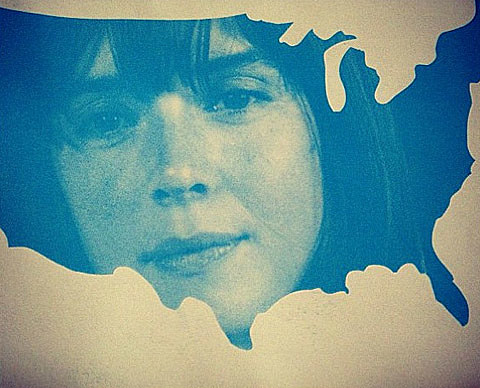 The above photo appeared on Cat Power's instagram feed recently and now from the looks of it, it may become a reality. Not a giant version of Chan Marshall that could kill us all but, y'know, a tour. (UPDATE: It is a tour, dates are below) While her new album Sun has been bouncing around many year-end lists in 2012 and she's already toured the album once,  now comes word that she'll breathe life into those songs on the live stage again in 2013. So far the known dates are limited, but they do include stops in Santa Ana, CA and Philadelphia at the end of January, as well as Terminal 5 on January 29. Tickets for the NYC show go on sale Wednesday (12/19) at noon.

All known tour dates and a video of Chan having a meltdown in front of children are below. The dates include a late winter trip to Australia and New Zealand (which is technically late summer over there). Lets hope Chan keeps healthy in the meantime.