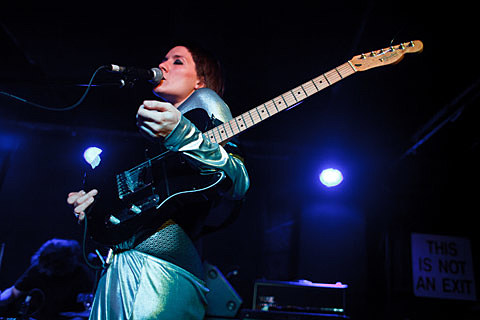 Cate Le Bon just wrapped up her East Coast tour with Kevin Morby (their Mercury Lounge show was great) and she's about to head to Europe for a monthlong tour there. After that, she'll be heading back to North America where she'll be in Austin for the insanity that is SXSW. After that she's joining Warpaint's tour for a week's worth of dates, including the NYC show at Webster Hall on March 21. That is a great double bill and tickets to Webster Hall are still available.

If you haven't heard Cate Le Bon's genuinely terrific third album, Mug Museum, yet you can rectify that via Rdio. All Cate Le Bon dates are listed, along with a video from the LP, below...

Cate Le Bon - "Are You With Me Now?" Official Video

~with support from Sea Lion
*opening for Warpaint