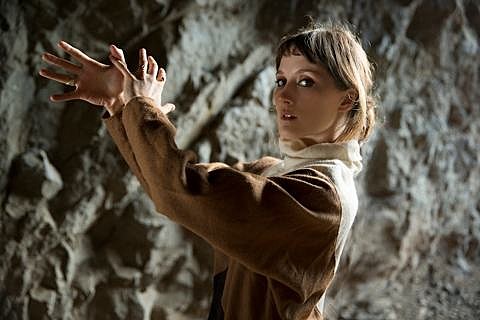 When Cate Le Bon toured here last year for her great album, CYRK, she was playing a number of new songs too. One of them, "Are You With Me Now," was a standout I distinctly remember, with its loping rhythm and spooky/beautiful backing vocals. That song is the first official single from Cate's excellent new album, Mug Museum, which is out via Wichita Records on November 12. You can stream it below along with the previously released collaboration with Perfume Genius, "I Think I Knew."

Cate, who is from Wales but lives in California currently, will be playing some West Coast dates this fall, including a couple in October opening for Warpaint and then a few with Kevin Morby (of The Babies, Woods) in December. Hopefully she'll announce East Coast dates sometime soon. All dates are listed, along with the track streams, below.