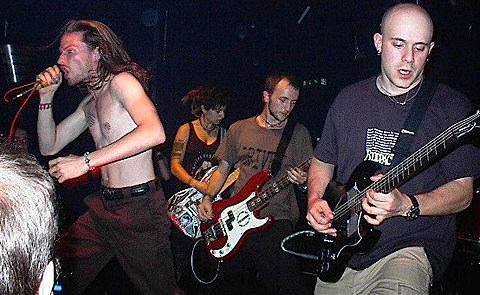 A389 has been like Fort Knox with respect to bands slipping out to play other shows on the East Coast. Word is that Left for Dead's one-time reunion at A389 will stick, but fortunately not so for Catharsis:

Catharsis was an influential American hardcore punk band from Chapel Hill, North Carolina that was active from 1994 to 2002. Catharsis were known for writing extremely lengthy songs (sometimes broken into multiple parts) with complex title names and unusual time signatures. They were related to anarchist collective Crimethinc...

BrooklynVegan is proud to present the return of Catharsis along with a reunion from Deathcycle (who's last appearance was with the BV presentation of Winter) and A389's Withdrawal at Acheron on January 19. More details are still TBA, but tickets are on sale.

Head below for streaming video and audio from Catharsis, Deathcycle and Withdrawal, and stay tuned for additional announcements. 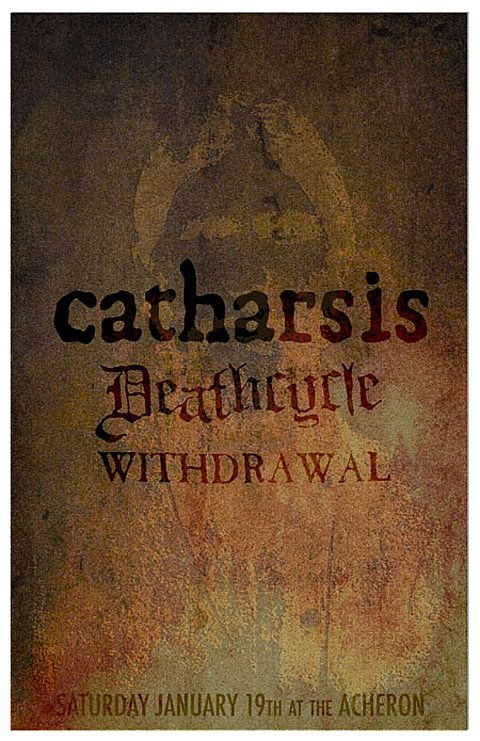 Deathcycle at ABC No Rio