Catharsis at The Acheron, Jan 2013 (more by Rebecca Reed) 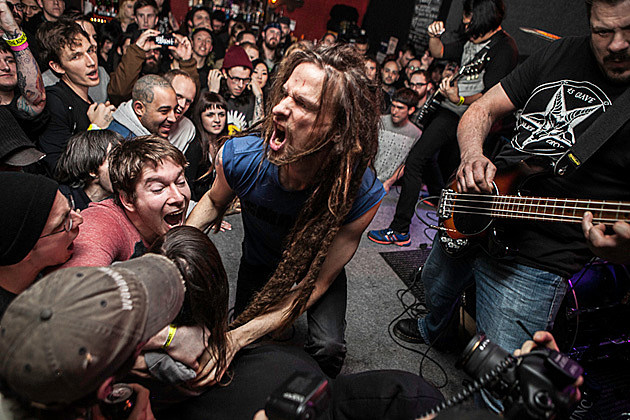 Influential metallic hardcore crew Catharsis took over The Acheron on January 19, playing to a sell-out crowd alongside the reunited Deathcycle, Gehenna, and Withdrawal. The show was one of only four dates for the band, one of which included an appearance at the A389 Anniversary (along with a reunited Left for Dead). Check out a full set of pictures from The Acheron on Invisible Oranges.

If you missed out on the Left for Dead reunion, pray that Chris Colohan (also Burning Love) was kidding when he said "one-time" only. Either way, there is video of their set from the A389 bash below.

LEFT FOR DEAD REUNION @ THE OTTOBAR