photo: Catharsis at the Acheron in 2013 (more by Rebecca Reed) 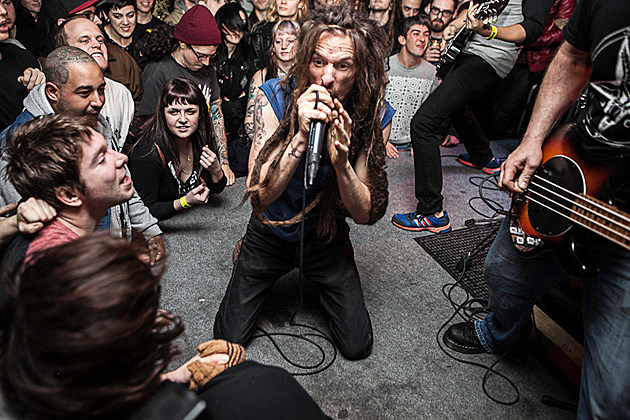 Influential metalcore band Catharsis, who initially called it quits in 2002, got back together for the 2013 A389 Bash followed by a BV-presented NYC show, and now they're set to play three shows this year with Houston's Die Young.

The tour includes a TBA Pittsburgh show, a Philly show, and a Brooklyn show happening at Saint Vitus on August 9 with Grudges and Annulment. Tickets are on sale now.

All dates are listed, with a stream of their 1999 album, Passion, below...