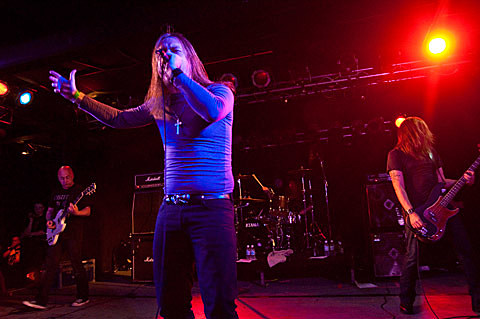 Doom metal titans Cathedral have basically called it quits for good, having played their last show already, and will sail into the sunset with final album The Last Spire due on April 30th via Metal Blade. You can check out the LP's new single and video "Tower Of Silence," streaming below.

The song is one of two tracks recently released by the band, with an edit of "Vengeance of the Blind Dead" recently appearing on a Decibel Magazine flexi and you can stream that below as well.