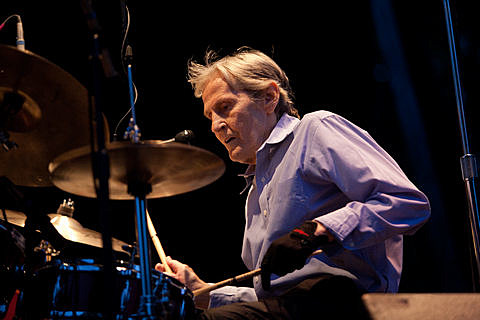 The great Levon Helm will be paid tribute on 11/19 at Hill Country (30 w26th St, Manhattan), when Catherine Popper (of Levon Helm/Jack White/Ryan Adams/Grace Potter's bands) will assemble Puss 'n Boots (which probably means Norah Jones) to lead a benefit at the venue. Levon's charity 'Keep It Going!' will be the receipient of the proceeds, a charity designed to keep Midnight Ramble, the studio and associated properties up and running. Joining Popper will be performances from Suzanna Choffel, Fredro Perry, The Cheating Hearts, and Bug & Bru (of The Defibulators). $20 gets you in.

This isn't the first time that a member of Grace Potter's band has been involved in a benefit; the frontwoman herself performed at a Levon Helm tribute show in early October.

Meanwhile check out pictures from the Austin show.