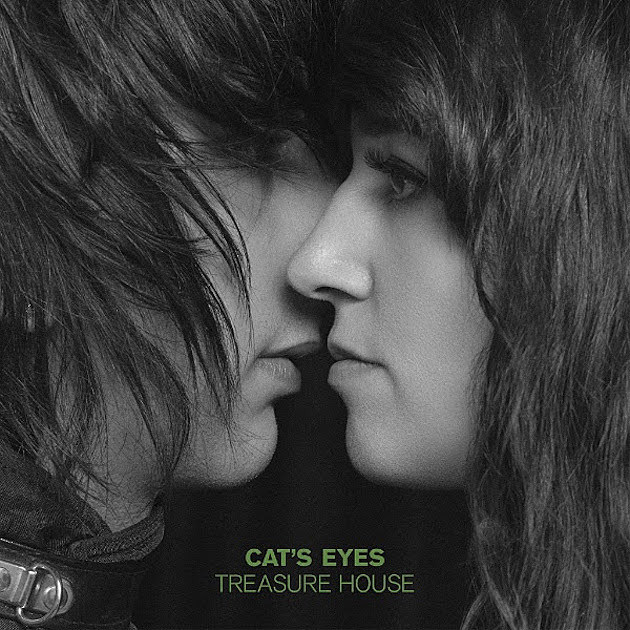 Depending on how you count The Duke of Burgundy soundtrack, Treasure House is Cat's Eyes second or third album. That soundtrack, resplendent in the sounds of oboes, harpsichord and other baroque instruments, definitely influenced Faris Badwan (The Horrors) and Rachel Zeffira's take on pop for this new album. There is still the love of '60s girl groups -- the brilliant "Drag" and revenge fantasy "Be Careful Where You Park Your Car" -- but everything is a little more lush this time out, dropping a little gold leaf on the worn edges and familiar tropes. Even on Faris' "Standoff," which could've been on a Horrors album, Zeffira's otherworldly backing vocals take it into new territory.

The best songs on Treasure House, however, are the quiet ones: the gorgeous "Everything Moves Towards the Sun," making more great use of Zeffira's heavenly voice, the string-drenched "Missing Hour" which is in Walker Brothers/John Barry territory, and "We'll Be Waiting" which could've been on the first Dream Academy album. Then there's "Names on the Mountains," powered by a motorik beat, a simple organ line, and sounding like nothing Cat's Eyes have made before. This is an exceedingly well-produced album (Steve Osbourne behind the desk), with sumptuous arrangements that is a real joy to listen to. The only drawback is I can't imagine them ever being able to tour it.

Cat's Eyes are playing some live shows, though, including Primavera Sound on Saturday, June 4. (Unfortunately their set will not be livestreamed.) Stream the album via YouTube, and watch videos for "Drag," "Chameleon Queen" and "Be Careful Where You Park Your Car," below.