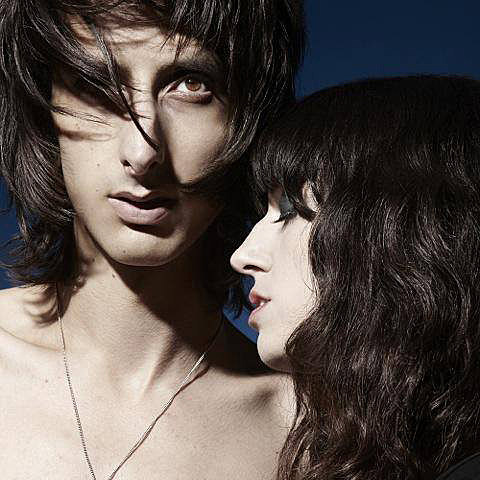 Like many other musicians, Rachel and I have always had aspirations towards working on film soundtracks - so we were happy when Peter trusted us to write the score for his incredible film. Working on the film, the narrative was already there and we had to write music tailored towards it. Long before any filming, we read the script and began writing music based on individual characters and themes...

...We were writing for Peter and the film rather than ourselves and in some ways that was sort of liberating. We had specific scenes to follow and subtle movements to draw attention to... it was very different to making a normal album. In the process, we must have watched the film hundreds of times... and we still like it. We were lucky in that the script was really great and there were some extremely memorable characters to work with.

Cat's Eyes' propensity for harpsichords, oboes and other baroque instrumentation seems like a perfect fit for this kind of thing, and you can stream the gorgeous opening theme to The Duke of Burgundy, below. As for the film, here's The Duke of Burgundy's one-line synopsis: "Two women take their carnal desires to the extreme in this kinky, deliciously twisted tale of sex and butterflies." The Dissolve named it their favorite film at the 2014 Toronto International Film Festival, calling it "a stunning-looking and-sounding film, which occasionally digresses into pure avant-garde texture. But it's also a film about recognizable human beings, with real emotional reactions." You can see The Duke of Burgundy in NYC at the IFC Center starting January 23. You can check out the trailer and poster for the film below.

It's been almost four years since Cat's Eyes released their terrific debut and with this soundtrack, the band are officially back in action, and are currently working on their second official album. Zeffira released a solo album in 2013 which is worth checking out too. 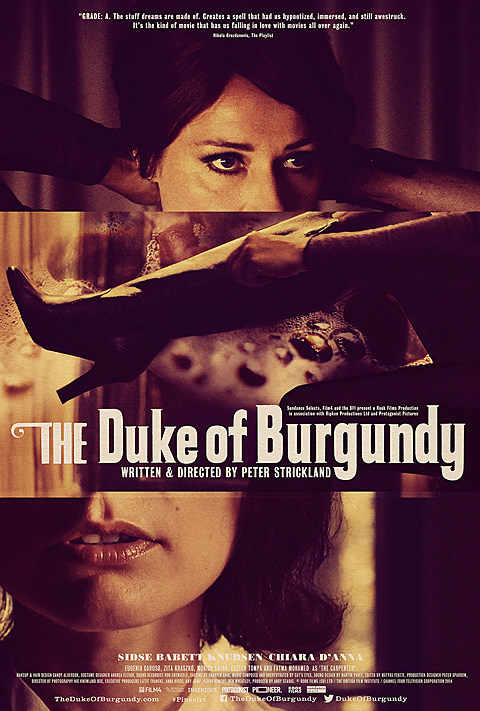