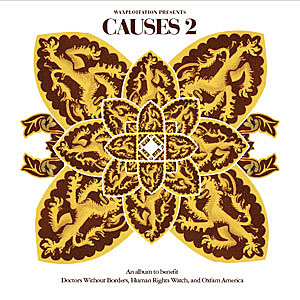 Causes 1 is out now and has tracks by Animal Collective, Bloc Party, Death Cab, Spoon, The Shins, Bright Eyes, Cornelius and many others.

Sharon Jones & The Dap Kings and the Decemberists are also among the artists who contributed to Dark Was the Night, a new comp to benefit the Red Hot Organization which will be released in February.

Sharon Jones just announced some tour dates. My Morning Jacket will be at MSG on New Years Eve.

A video trailer for Causes 2, below...