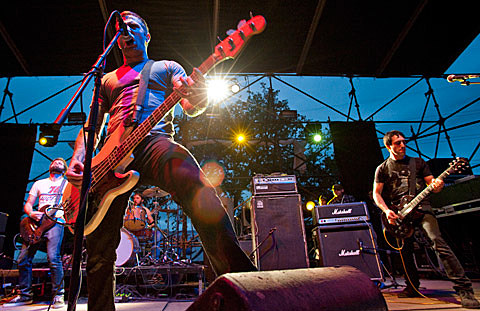 As you may have heard, Translator Audio (Andrews Studio where all Coextinction recordings are made) was devastated by hurricane Sandy.

The Cave In crew immediately offered up these great songs recorded at BBC studios in 2002. All sales proceeds go to the rebuild Translator fund. Dig in and share!

Get your digital copy of their new Coextinction release at the label's site.

If you aren't a fan of Cave In, you can still contribute to help out South Sound (the larger complex that contained Translator) by going to Lit for the final Precious Metal or by donating directly.