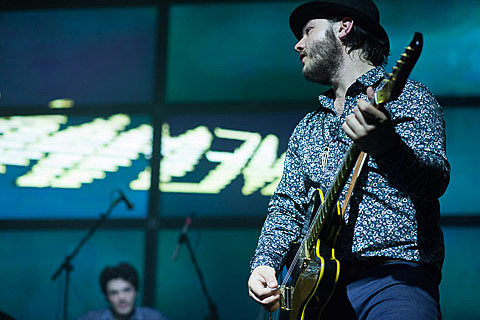 As you probably know by now, CMJ starts today, and local indie pop band Caveman are doing a number of shows for it this year, and all of them (at least what's currently announced) are free.

The band will start their CMJ run today (10/15) at Rockwood Music Hall for a Communion-presented show with U.S. Royalty, Tor Miller, and Duologue. The show's totally free. Set times below.

They play another Communion show on Friday (10/18) at Henry, A Liquor Bar (356 W 58 St). This one's an all-acoustic show, and features stripped down sets from Caveman, along with Bad Suns and James Bay. Also free, and RSVP is open now. Caveman's on at 8:30 PM, and the full schedule is below.

All dates are listed, along with show flyers, schedules, and a video, below... 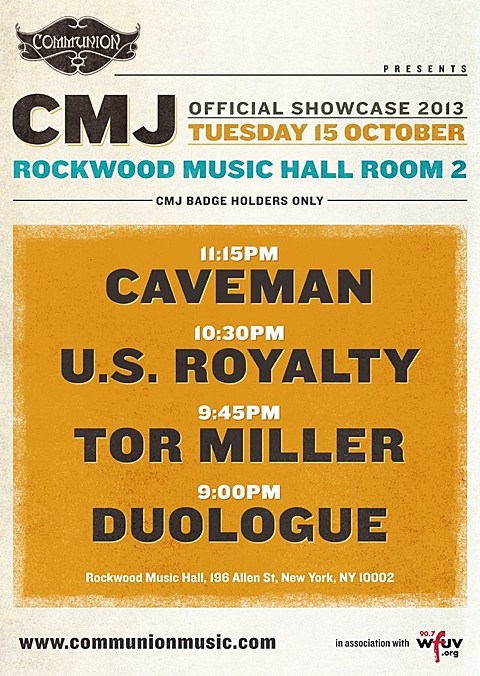 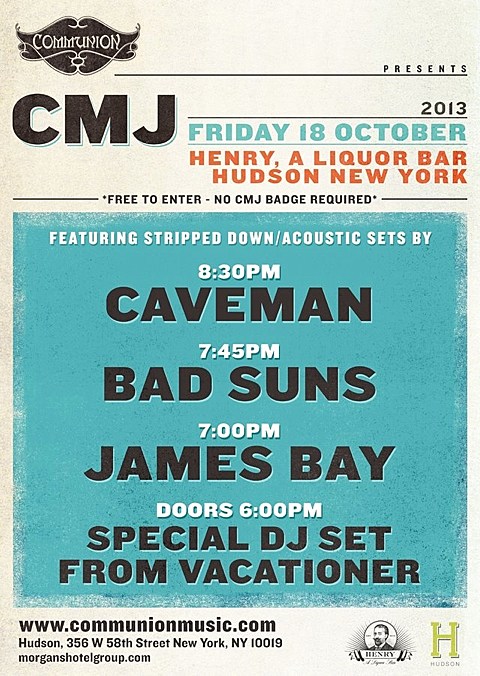 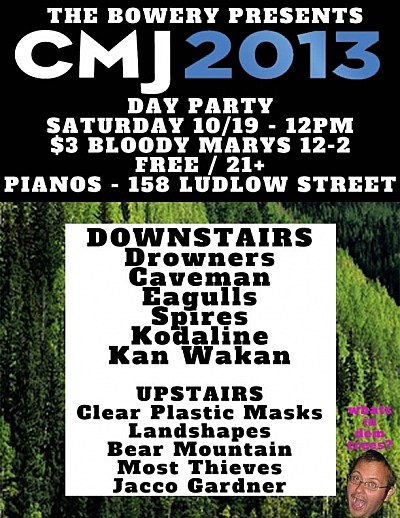 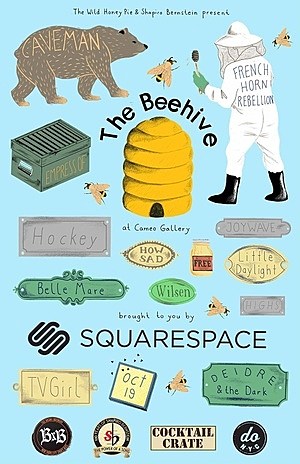