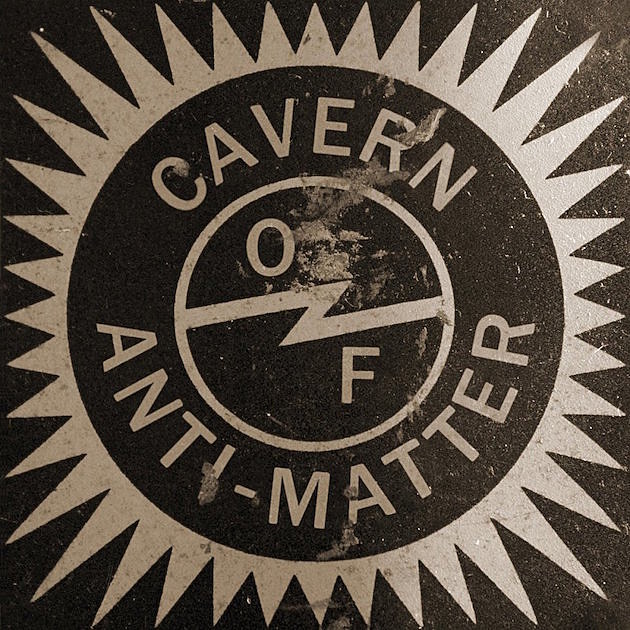 Cavern of Anti-Matter, the current project from former Stereolab frontman Tim Gane, released their proper debut album, Void Beats / Invocation Trex, via Duophonic today (2/19). Gane, along with bandmates Holger Zapf and Joe Dilworth, is still working with repetition, drone and a variety of old synths, and he's also drawing from a new palette of sounds. Apart from the songs with vocals (like Bradford Cox on "liquid gate") it really doesn't sound too much like Stereolab, more like a distant cousin.

The 72-minute album starts off strong with the awesome "tardis cymbals" that uses an unchanging drum machine and synth line to power it though a variety of movements across its 12 minute running time. Soundtrack music seems to be an inspiration here. "Tardis" draws from Italian horror, and "blowing my nose under close observation" has a definite John Carpenter influence (with some '80s electro and '90s electronica in there), and Sonic Boom's vocal contribution, "planetary folklore," is a little unsettling and makes good use of vocoder. Void Beats / Invocation Trex works as an "album" but some of these tracks would sound great in a DJ set too. But space age bachelor pad music, this is not. You can stream the whole LP via Spotify below.

Cavern of Anti-Matter are playing a few UK/EU dates over the next few months, including Primavera Sound in June. Let's hope they come to North America. All dates are listed below.