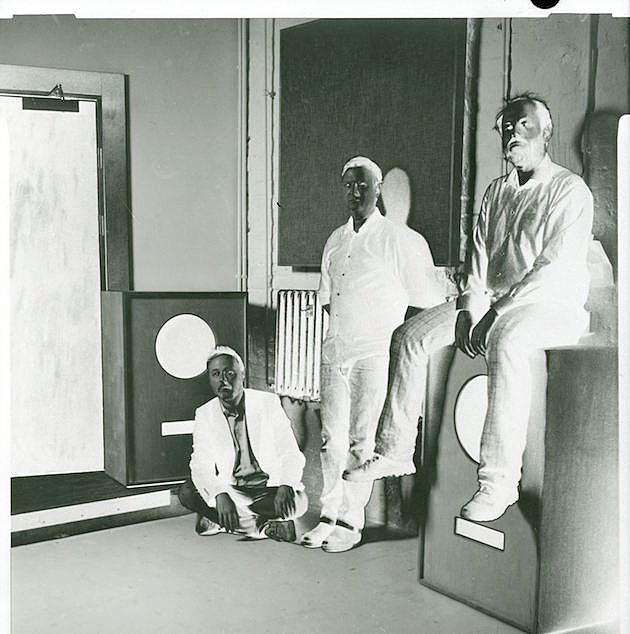 Stereolab called it quits in 2009 and since then main man Tim Gane has a new project, Cavern of Anti-Matter, a trio that also includes Holger Zapf and Joe Dilworth. Still playing with analogue synths, drone, motorik beats and repetition repetition repetition, it's not too far off from what Stereolab did. After releasing a few EPs and other records, Cavern of Anti-Matter are set to release their proper debut album, Void Beats / Invocation Trex, on February 19 via Gane's Duophonic label. The record features a number of guests, including Bradford Cox (Deerhunter), Sonic Boom (Spacemen 3), and Jan St. Werner (Mouse On Mars). You can check out a video for Cox's vocal contribution, "liquid gate," which was directed by Peter Strickland who made Berberian Sound Studio and The Duke of Burgundy. Watch it, and check out another LP track, below.

Cavern of Anti-Matter will be touring Europe this month, and are set to play Primavera Sound in June. No tour dates in North America yet, but let's hope. Deerhunter, meanwhile, also play Primavera (will Bradford come out for Cavern's set?), and have announced more North American tour dates. None in NYC (dates are in the South and West Coast) but all are listed below.