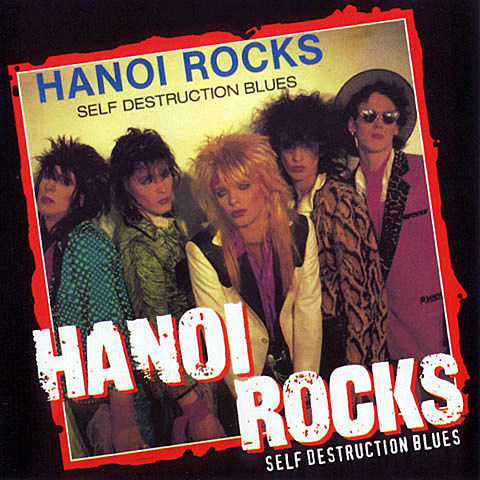 It has been revealed that the "special secret show" at Bowery Electric tonight (5/20) is actually glam rocker Michael Monroe of Hanoi Rocks (?!). Why the hell would that be a secret? Because he played Bamboozle last night and wasn't allowed to announce the NYC show due to radius clauses. Bamboozle concludes in NJ today with WTF headliner Bon Jovi along with many others including Star Slinger and comedian Andrew Dice Clay.

In related news, L.A. Guns (who strangely recently released a song on Matador Records) and The Dirty Pearls are playing Highline Ballroom on July 5th for what is being billed as part of the CBGB Festival along with Killing Floor, The Noise, and Ingrid & The Defectors.

Other CBGB Fest shows include Guided by Voices at Summerstage, Sick of it All and Cro-Mags at Webster Hall, and a still-reunited D Generation at Bowery Electric which also hosts an upcoming Max's Kansas City reunion fest.

Meanwhile Bold headline the post Black n Blue Bowl show at Bowery Electric this afternoon along with a spoken word set by John Joseph of Cro-Mags.

Joey Ramone's annual birthday party, no longer trying to fill Irving Plaza, happened at The Studio at Webster Hall last night with some familiar punk and proto-punk veterans (many of the same names that play it every year) like Ivan Julian, The Indecent, The Brats, The Threads, The Gobshites, and The Bullys.