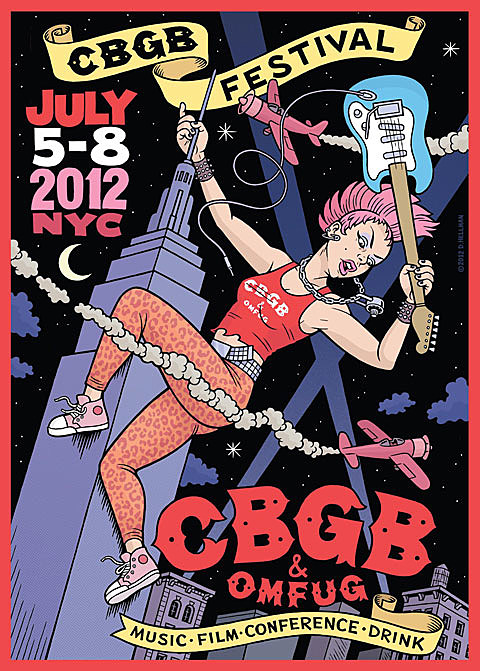 The CBGB Festival starts today (7/5) and runs through Sunday (7/8) at over 30 venues in Manhattan and Brooklyn. We've known that they were staging a big outdoor Times Square concert on Saturday (7/7) for a little while and guessed that Superchunk, Clap Your Hands Say Yeah and The Hold Steady were going play it. The whole lineup has since been confirmed. Superchunk, Clap Your Hands Say Yeah, and The Hold Steady are in fact playing, and they'll be joined by Duff McKagan's Loaded, Upper West, Zulu Wave and GLINT. The stages will be on Broadway at 46th Street & 51st Street and the free show runs from noon to 6 PM this Saturday (7/7). In addition to the music there will be food, drinks, music shop booths, and music themed activities for people of all ages.

As mentioned, the festival kicks off today and Krist Novoselic will give the keynote speech at Landmark Sunshine Cinema at noon. Update: That happened. here's a picture: 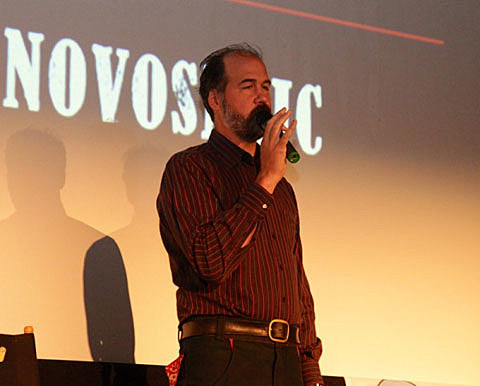 There's tons of other shows at CBGB Festival too, like the big lineup of punk veterans playing Bowery Electric tonight (7/5), which Richard Lloyd unfortunately had to drop off. Fidlar plays The Studio at Webster Hall tonight (7/5) with The Pinz, The Suicide Bitches, and The Wicked Tomorrow (tickets). Plus, there's many more too.

Most of the other shows during CBGB Fest do cost money, and you can either buy tickets for individual shows (if not already sold out) or buy a music pass ($89). The full schedule with set times is online. There's also a film festival going on (schedule), panel discussions, and a "spirits festival." 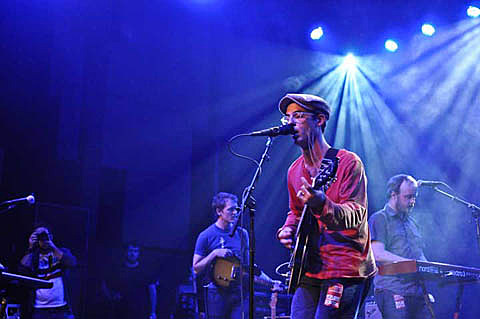 The Times Sqaure show also marks the last for Clap Your Hands Say Yeah with guitarist Robbie Guertin who wrote to fans in an email:

Being a member of Clap has been an incredible experience, but I have decided to move on and see what's next. I will continue to make music with my other band, Radical Dads, pursue miscellaneous artistic endeavors, and also grow some vegetables. I am excited to see what else might come my way. Maybe some tomatoes?

Hopefully he's got those tomatoes already planted or he may have to wait till next season. Radical Dads next NYC show is July 15 at Big Snow Buffalo Lodge with Ovlov, Disco Doom, Dead Stars, and Green Is Green.

Meanwhile, after CBGB Fest, Clap Your Hands Say Yeah will take a bit of a break and are then heading out on a tour with Edward Sharpe and the Magnetic Zeroes this September. That tour will see the band hitting up cities in the US and Canada, but unfortunately none in the Northeast. A list of all dates on that tour is below.