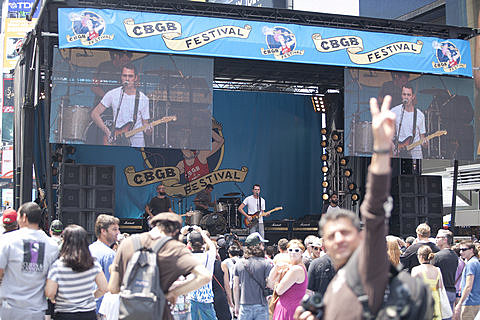 2012 brought us a new multi-venue festival in NYC - one named after legendary NYC rock club CBGB. Well, in case there was any doubt, that festival will in fact return in 2013, but much later in the year. 2012's fest went down July 5-8, outdoor show in Times Square (and a controversial Cro-Mags show) included. 2013's will happen October 9-13, right before CMJ. Stay tuned for more details.

Meanwhile, head to Bowery Electric tonight (2/7), right near where CBGB was, to view a collection of Joey Ramone memorabilia before a set by Wayne Kramer.