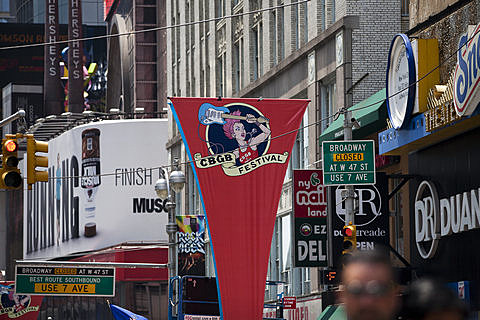 As mentioned, the CBGB Festival is returning to various NYC venues this year from October 9 to 13. In addition to the music portion, there will also be a film portion of the festival. The hub for the film portion will be at The Landmark Sunshine Theater on E. Houston St.

Badges for the festival are on early-bird sale now through July 1, at which point the regular sale will begin and go through October 8. Walk-up badges at a higher price will also be available during the festival.

Info on the different types and pricing of the badges and a trailer video for CBGB Festival below...