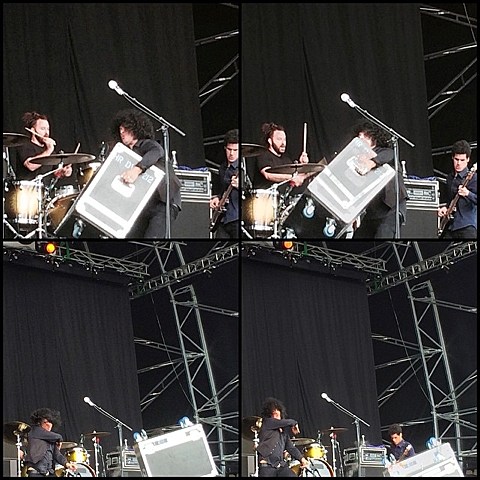 Antemasque, the current band of Mars Volta/At the Drive-In members Cedric Bixler-Zavala and Omar Rodríguez-Lopez, were playing Westfest in New Zealand earlier this week when an angered Cedric had a bit of a freakout on stage. Stuff.co.nz reports:

[Cedric] hocked fans with his erratic behaviour: throwing stage equipment around, allegedly spitting at a camera, and tossing hot​ water into the crowd.

The fan, who asked not to be identified because he didn't want to be known as a whining metal-head for all his life, says he was in the front row when the ​hot​ water "whizzed" past.

"My face and right arm were splashed, it looked like coffee. Since I was sweating I got away without having any serious burns.

"Whenever the vocalist picked up an item you never knew if it was going to land on you, it was quite on edge. He actually threw his microphone at the crowd at the end but since it was on a cord it landed just off the stage."

The article also points out that a commenter on the Westfest Facebook page suggested Cedric was supposedly told "to fuck off" when he asked for water. The injured fan also seemed to still be in pretty good spirits about the show: "The behaviour was erratic and even thought it was antagonistic it was a hell of a show. For 80 per cent of the performance they definitely had their act together." You can see a photo of the fan's allegedly burned arm and watch a short clip of Cedric throwing the kettle of water, via The New Zealand Herald, below. 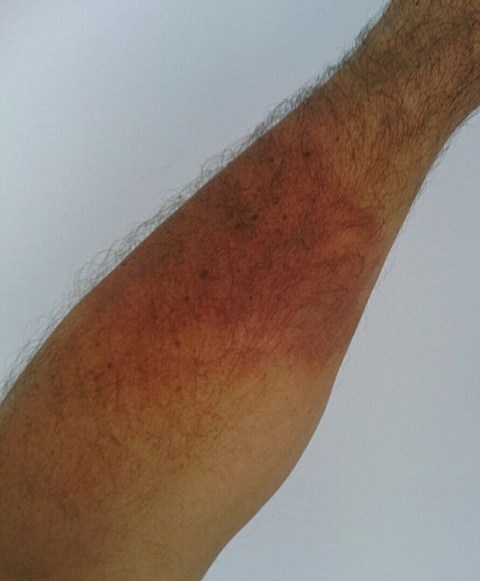