Laurie Anderson at The Stone in 2011 (more by David Andrako) 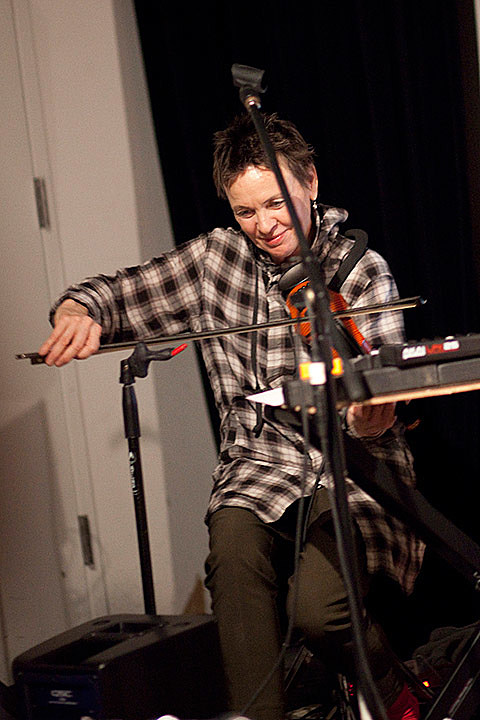 The Celebrate Brooklyn! 2014 lineup was announced not long ago, and since then there's been a few updates.

The Ezra Jack Keats Family Concert on June 14 will now feature a reading by Park Slope's own Mark Stewart (co-founder, Bang on a Can All-Stars) of one of Ezra's books before the concert.

And the Nickel Creek show on July 24 will now be opened by Secret Sisters.

All three of those shows, and many other Celebrate Brooklyn! shows at Prospect Park this summer, including Dum Dum GIrls, Warpaint, Deltron 3030, St. Vincent and more, are totally free to the public.