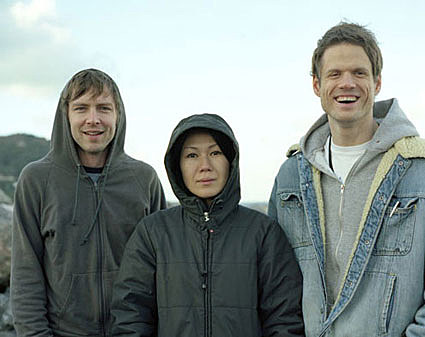 SATURDAY ~ JULY 12 ~ 7:30
Verizon Concert Series
BETH ORTON / MATT MUNISTERI
Maverick UK singer-songwriter BETH ORTON practically invented a genre on her groundbreaking 1996 debut Trailer Park, blending acoustic folk with trip hop beats. More than a decade on she's "a performer with a dramatically renewed sense of vigor and purpose," (London Times) as unclassifiable as ever and still wielding a voice as evocative as any in popular music. Brooklyn native MATT MUNISTERI and his cohorts display wicked chops on tunes "neither jazz, nor rock, nor cabaret, but at the same time all of them. Bands like this are why you move to New York." (Village Voice)

FRIDAY ~ JULY 18 ~ 7:00
Verizon Concert Series
DEERHOOF / METROPOLIS ENSEMBLE: STRAVINSKY'S RITE OF SPRING
The mercurial SF experimentalists DEERHOOF, "the most creative band in indie rock today," (LA Weekly) forge a distinctive sound out of sophisticated improvisation, fierce dissonance, and weird but weirdly catchy melodies. They're paired here with the forward thinking METROPOLIS ENSEMBLE (who perform Stravinsky's Rite of Spring) as part of the Wordless Music series, which puts popular and classical artists together to undermine boundaries between performers and audiences of each.