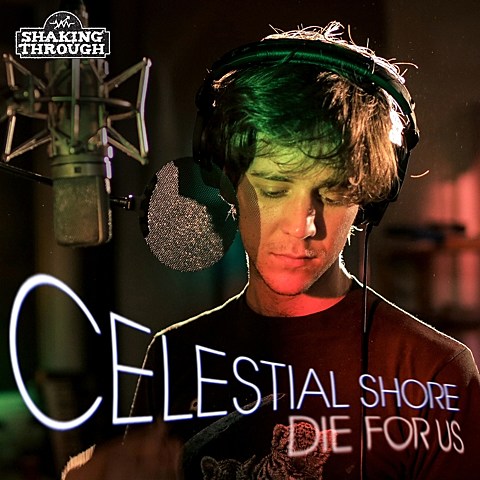 You may be familiar with Shaking Through, the online music series produced by Weathervane Music, through its installments with Hop Along, The So So Glos, Sharon Van Etten, and others. The series gives the artists two days to record a brand new song, after which the song is released along with a short documentary video on the process.

The newest installment comes from Brooklyn's Celestial Shore, and features singer Sam Owens duetting with Empress Of (aka Lorely Rodriguez). It's tamer than the band's usual mathy stuff (save for the minor freakout at the end), instead opting for airy, lazy-Sunday psychedelia. You can check out the song and the video below, and download the track for free at Shaking Through.

As usual, Celestial Shore have local shows coming up, including one on November 22 at Shea Stadium with Zula, and Sam Owens plays a solo show on December 10 at Union Pool as part of Luke Temple's residency at the venue.

Meanwhile, Empress Of is opening both NYC shows on SOHN's tour.

Shaking Through recently launched a PledgeMusic campaign to keep it going for a fifth year in 2014, and there's some pretty cool rewards. For pledging $10 you get "The Complete Shaking Through Recordings 2009-2013," featuring all 44 songs they've done so far. For $30, you can see Hop Along's Frances Quinlan at a private studio concert. And there's a reverse auction for "The Signed Patti Smith Collection," which features signed copies of her book Just Kids, her lyric book, her double-CD with My Bloody Valentine's Kevin Shields, and two of her recent albums, Trampin' (2004) and Banga (2012). The "reverse auction" is currently at $2,500 and it drops $50 a day until someone purchases it. More details on that here, and more reward options here.

Celestial Shore - "Die For Us" (feat. Empress Of)