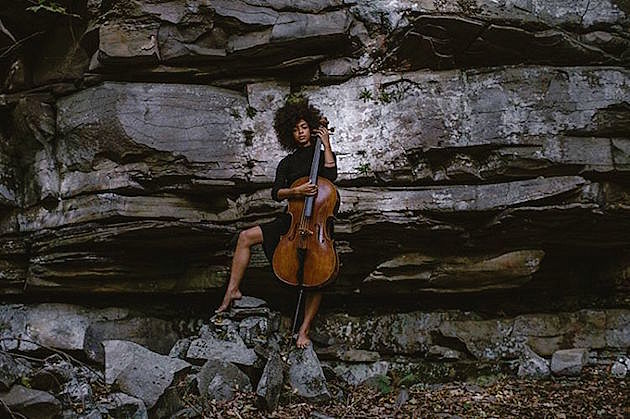 Kelsey Lu is a classically trained cellist who loops her instrument and voice to make ethereal R&B pop. You may have seen her as part of Blood Orange's band at The Apollo (and the warm-up show at Baby's All Right), and she's also collaborated with Empress Of, Nappy Roots, and Chairlift. As for her own music, so far she's only released a couple songs, one being "Morning After Coffee" and you can watch the gorgeously shot video for that song below.

Kelsey will be on tour with Wet, including two sold-out NYC shows. Before that, she'll play this Saturday (1/16) at National Sawdust which will be a collaborative performance with dancer/choreographer Shamar Watt. Tickets for that show are on sale.