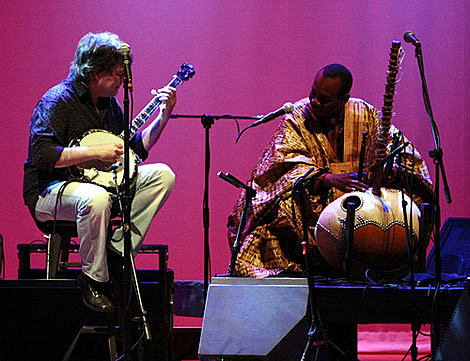 Celebrating its twentieth anniversary, City Parks Foundation is pleased to announce the 2009 season schedule of its flagship free performing arts festival, Central Park SummerStage. Internationally acclaimed for presenting world-renowned and emerging talent from around the globe and New York City's own backyard, the Central Park SummerStage season promises to be as electrifying as ever with a calendar chock-full of culturally diverse programs in multiple disciplines including music, dance, word, film, and comedy.

The 2009 Central Park SummerStage season is marked by innovative collaborations and will open on Friday, June 12 at 8:00 PM with a performance by the critically acclaimed singer/songwriter Josh Ritter and his band for the evening, The New York Pops.

Istanbulive: The Sounds & Colors of Turkey is an unprecedented event aimed at introducing Turkish music to the popular American consciousness. The event marks the first time Central Park SummerStage has presented a day devoted to the culture of Turkey. The afternoon festivities will feature major Turkish artists including Mazhar-Fuat-Özkan, a.k.a. MFÖ (pop music), Painted on Water featuring Sertab Erener & Demir Demirkan (jazz/folk/rock) and Hüsnü ?enlendirici (gypsy music). The program celebrates the colorful Turkish culture with food, art, and visuals, while underlining the musical richness of Istanbul and the extraordinary virtuosity and diversity of Turkish music today.

Wednesday, August 5, 7pm - I Am Cuba directed by Mikhail Kalatozov and The Pedrito Martinez Project

A very special evening of dance and music that will feature a world-premiere by choreographer Christopher Wheeldon, set to new music by Martha Wainwright, both commissioned by City Parks Foundation.

For more information on the above schedule, check Summerstage.org.

The NY Philharmonic is also having a free concert on The Great Lawn in Central Park on July 14th.

Not all shows in Central Park are free. TV on the Radio (sold out), Indigo Girls, Explosions in the Sky/Constantines, and Matisyahu/Umphrey's McGee are on sale at Ticketmaster.

We're still waiting for the full Celebrate Brooklyn Prospect Park summer schedule, but we already know it kicks off with a David Byrne show and includes a Dr. Dog and Phosphorescent concert.