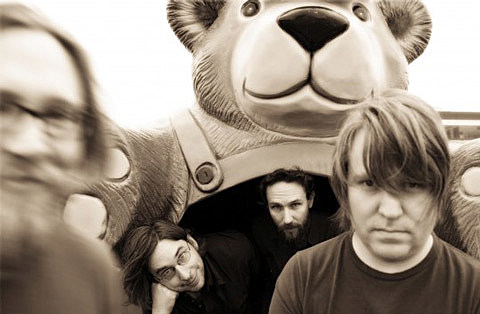 Denton, TX's Centro-Matic have been together for nearly 20 years, mining a vein of psych somewhere between Crazy Horse and The Flaming Lips, having released 11 albums -- all pretty good -- including this year's rootsy Take Pride in Your Long Odds (stream it via Rdio). All good things must (should?) come to an end, and Centro-matic recently announced that the band are going on indefinite hiatus. Wrote frontman Will Johnson:

For a handful of reasons, the time finally feels right to celebrate the existence of this thing, then let it rest. I do think that the four of us will embark on some musical endeavor together again, but can't say that it will be within the realm or tone of what Centro-matic has done.

Before that, however, Centro-Matic will be going on one last tour, which will include two NYC stops: December 11 at Rough Trade with Joseph O'Connell's long-running lo-fi indie project Elephant Micah and December 12 at Mercury Lounge with Will's New Multitudes bandmate Anders Parker & Cloud Badge. Tickets for both those shows go on sale Friday (9/26) at noon with an AmEx presale for the Mercury Lounge show beginning Wednesday (9/24) at noon.

All dates are listed, along with a video from the new album, below...