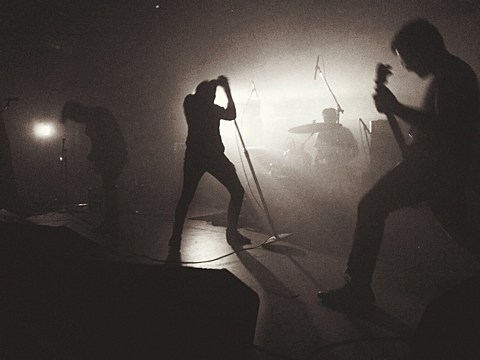 Two balls of core chaos will start rolling through North America in August. Bleak hardcore blasters Centuries and Jungbluth will unite to terrorize the eastern half of the US. The tour will hit locales like Baltimore, Chicago, and a few dates in Centuries' home state of Florida. On August 15, they'll play NYC at the Acheron with a worldly bill that includes Hexis, Plebeian Grandstand, and Reproacher. Tickets for that show are on sale now. All dates are listed below.

Centuries released Taedium Vitae in 2013 on Southern Lord, playing right into that label's current interest in dark, d-beaty hardcore. Germany's Jungbluth released a split with Callow this year, and continue to refine their take on early '90s hardcore and screamo. You can stream both records below.

As for their Acheron showmates, this breakdown might need a flow chart since three tours will collapse into one. To start, Denmark's blackened sludgesters Hexis are currently on tour throughout America for the next month with Primitive Man. Hexis' dates along with their half of the recently released split with Primitive Man appear below. Then, Hexis will hop on the Plebeian Grandstand and Reproacher tour for a few dates in early August. France's Plebeian Grandstand and America's Reproacher also have new material out this year which you can also hear below.

All tour dates are listed, with streams from the bands, below...