Ceremony at LPR (via) 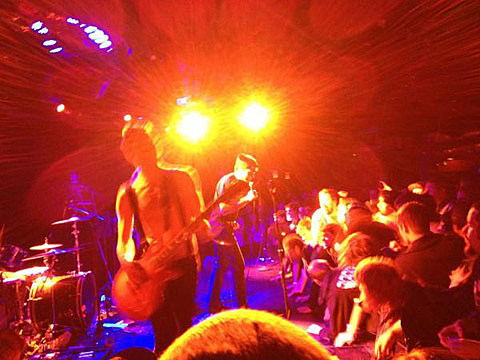 In the wake of their sold-out mega show at LPR, Ceremony have announced a US tour in support of their forthcoming effort Zoo due on Matador. The dates do not include an NYC date so far, but will stop in Austin for SXSW at Red 7 on March 17th. More details are forthcoming, but tour dates are below.

As discussed, Ceremony played a packed out LPR with Rival Mob, Hoax, Kim Phuc (who also played a late show) and Gods & Queens. Pictures from the show are on the way but until then, check out video below.

In related news, the great Hoax will also join on another upcoming NYC bill, this time with the mighty Veins and Raw Nerve, as well as Chain Wallet at 538 Johnson on April 8th. More details are available at the Facebook event page. The band, who will release a new EP via Youth Attack this year, will prepare for an upcoming tour with SQRM in the coming days and will play Chaos in Tejas this year.

All tour dates and videos, below..