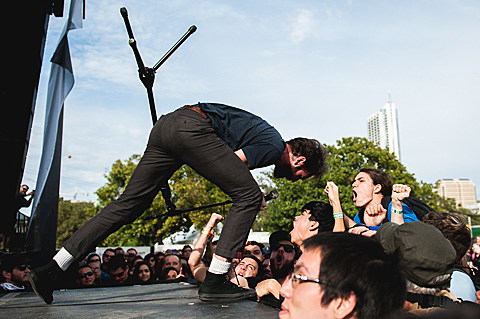 California punks Ceremony are finally getting ready to record the followup to 2012's Zoo, and though details on that are still sparse, the band did just announce a lengthy summer tour. The tour includes a run with Seattle powerviolence duo Iron Lung (which should actually be a pretty great pairing considering Ceremony's PV roots) which hits NYC on July 18 at Brooklyn Night Bazaar. That show, like all BKNB shows, is free.

All dates are listed, with some great live videos of both bands, below...

Ceremony live in Miami in 2011