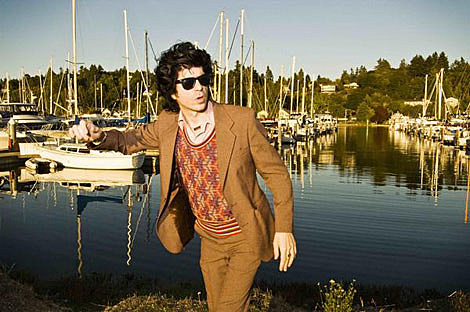 Ian Svenonius has his Soft Focus online TV show (where he recently interviewed Pierced Arrows), he contributes to projects like the Journal of Popular Noise with Felt Letters (sample above), and he continues to turn the cogs of his political garage group Chain & the Gang (whose K Recs debut came out in April). That band will go on the road this fall in a trip that includes two early October NYC stops. Those will be October 3rd at Brooklyn's Market Hotel and October 4th at the Mercury Lounge.
. Tickets for the Mercury Lounge show go on sale Friday, July 24th at noon.

Opening the Oct. 4th show will be Silk Flowers, a New York-based band that just released their debut LP on Post Present Medium (artwork below). Its CD release show was last Saturday (July 18th) at the Cake Shop.

"I went to see Silk Flowers (members of Soiled Mattress and The Springs) record release show Saturday Night July 18th at The Cake Shop. Silk Flowers are truly one of my favorite bands...They have taken their own spin on minimal/cold wave and industrial pop. It is truly zooming this style of music into a modern window and changing how to make pop music. They play everything live, including live drum pads, keys, and samples with very little sequenced parts. Also Aviram Cohen's voice is haunting. One of my favorite voices I have ever heard and also his live performance is awesome and sounds even better. The keyboard parts (played by Peter) are sonically distinct using new synth sounds and complicated parts with a lot of development. The third, noise/concrete layer is played by Ethan and is no less some of the best use of sonic layers in a pop set I have heard. They play a lot and their blog is killer." [MNDR]

They do play a lot, as you can see by their schedule after the jump. Silk Flowers' video for the song "Shadows in Daylight," off their new record, with all tour dates, below...

SILK FLOWERS "shadows in daylight" from brian degraw on Vimeo. 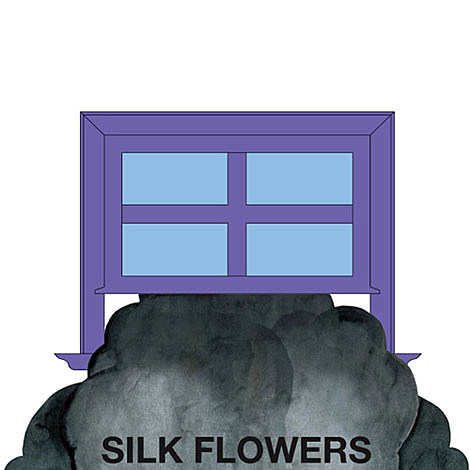