photo: Chairlift at Glasslands in 2012 (more by Robert Altman) 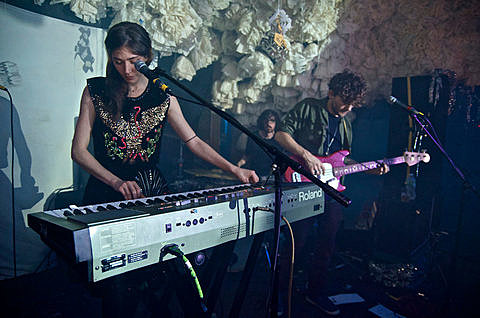 Chairlift are releasing their new album Moth next week (1/22) via Columbia. They've already shared a few singles from the album, including "Ch-Ching" and "Romeo", and they've just set free a new one, which premiered on Zane Lowe's Beats 1 radio show today. The track is called "Moth To The Flame" and it's a catchy, synth-infused song that, just like the title, will draw you in like a moth to the light. Stream it and previous single "Crying in Public," plus check out the track list for Moth, below.

Chairlift haven't announced full tour dates yet, but they do have a NYC show coming up at National Sawdust on January 26. which is sold out.

Tour dates are listed below...