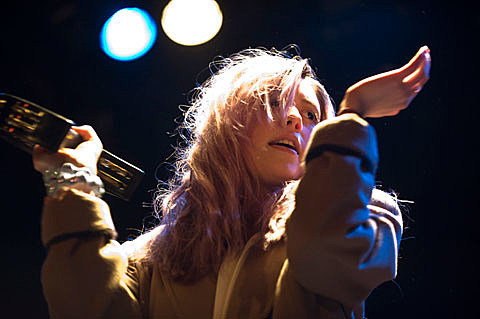 There have been countless Hurricane Sandy relief benefits in NYC in the over-a-month since the storm hit and, fortunately as they're needed, there's no sign that they'll be stopping any time soon. There's one going down at Glasslands on December 17 with Chairlift, Twin Sister, Empress Of, Slowdance, Jason McMahon, and a DJ set from Ice Choir (aka Kurt Feldman of The Pains of Being Pure at Heart). Tickets for that show are on sale now. It's the only announced date for Chairlift at the moment, and also the only one for Twin Sister except for a Philly show with Ava Luna in January.

You can also catch a member of Chairlift at Glasslands tonight (12/6). Patrick Wimberly will be DJing at Fort Lean's release party for their Change Your Name EP with Ludwig Persik and Cruiser. Tickets for that show are available.

A couple videos are below.

Chairlift - "I Belong In Your Arms" (Japanese Version)