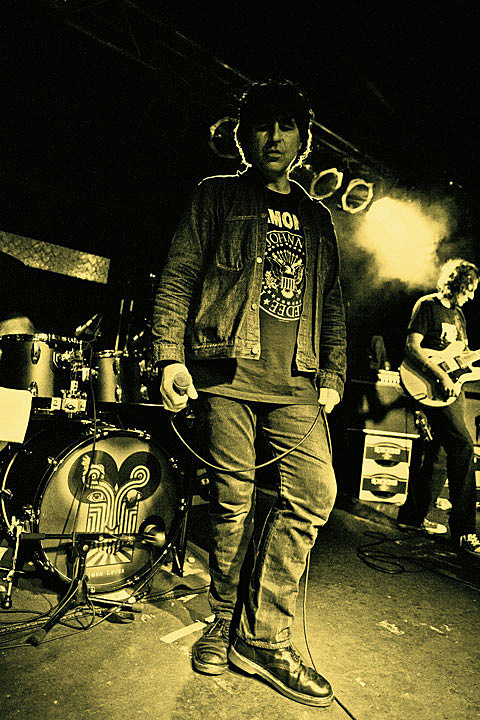 Mark Burgess will be bringing ChameleonsVox back to America in November including four shows here in the NYC area: Wednesday, 11/23 for the Wierd party at Home Sweet Home, then Friday, 11/25 at Littlefield, and Saturday, 11/26 at The Delancey with the final show Sunday 11/27 at Maxwell's. All ChameleonsVox tour dates are at the bottom of this post.

For big Chameleons fans, the Wierd party is the one not to miss, as Burgess is performing the Chameleons' 1983 debut, Script of the Bridge, in full. (They'll also do the same earlier in the month at Oakland, CA's The New Parish on 11/16.) Last year that album got a nice double-CD reissue from Blue Apple Music who, next month, will be reissuing it on vinyl. Hopefully Mark will be bringing that on tour with him.

Anyone who saw Burgess on last year's tour knows ChameleonsVox do an amazing job of recreating the mercurial, powerful Chameleons sound, and Burgess still has the pipes and passion that make it more than just a night of remember when. This tour features original Chameleons/Sun & the Moon drummer John Lever as well. The Chameleons remain a big influence on music today: look no further than the Captured Tracks roster or the new Horrors album.

Opener for all shows except the Wierd party are Black Swan Lane. Tyburn Saints are also on the bill at Littlefield, and Revel Hotel are first openers at the Delancey show. All ChameleonsVox tour dates are below, along with video from last year's Burgess/ChameleonsVox performance at The Big Takeover's 30th Anniversary party at the Bell House.

--
Mark Burgess - Singing Rue Brittania (While the Walls Close In) 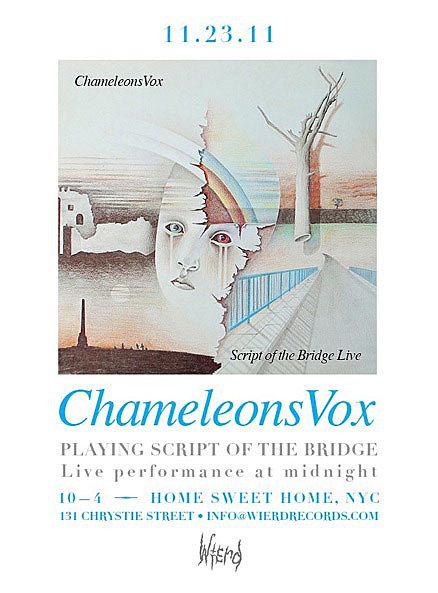