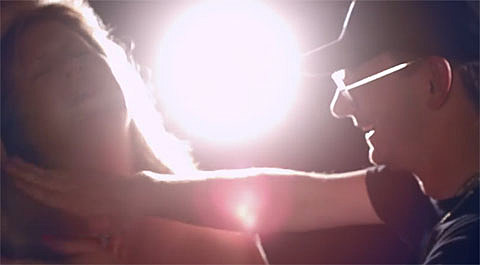 Known collaborators and Ad-Rock associates Champagne Jerry and Bridget Everett just got a little closer with the release of a new video, titled "Just Woke Up"...

Champagne Jerry, Max Tannone, Bridget Everett. They're all in your bedroom. You wake up. Early. Like at 5am. And boom. There they are. All three of them. Naked. Or dressed. Doesn't matter. Your choice. The TV is on in the background. A cooler with ice cold alcoholic beverages is within reach. Guess what, world? This is going to be the best morning of your life.

Bridget is also at the intimate Manhattan club on August 6th (look out for Adam "Ad-Rock" Horovitz on bass, and of course Bridgett's titties).

Ted Leo associate Julie Klausner is also at Joe's Pub ALL THIS WEEK as part of a "Cabaret Situation" that "will feature a grown woman saying funny things, medleys of songs arranged suchly to make a point or to to just be pretty, and some visual "pow" that will leave your eyes both stimulated and lubricated."

Maybe you caught one of Champgane Jerry's monthly song release shows at Joe's Pub, like the one that just happened on 6/21 or the one on 4/3 with Ad-Rock. Maybe you didn't. Maybe you'll check out his next one on July 19, the day his full album is finally released. Maybe you won't. Jerry is also heading out on tour soon to "MAINE, MASSACHUSETTS, NEW YORK, MARYLAND, NORTH CAROLINA, GEORGIA, LOUISIANA, TEXAS", but those are the only details for now.

Check out the video below...