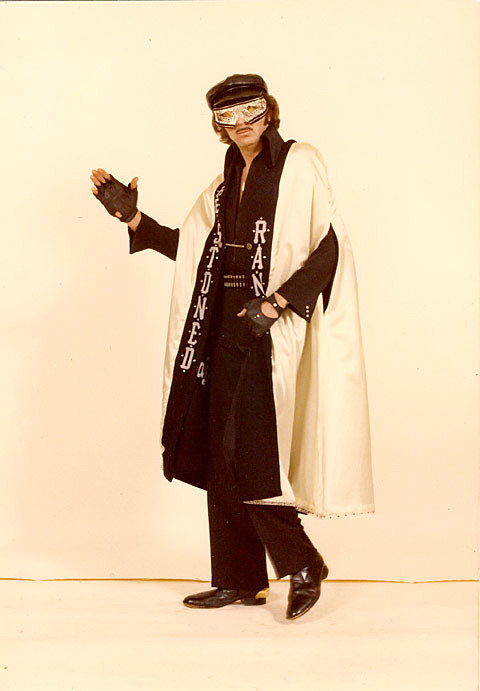 No, you are not looking at a Parliament-Funkadelic or Kool Keith promo. In fact, "the Stoned Ranger" you see above is none other than Johnny Cash's right-hand man Chance Martin. Martin is readying the reissue of his originally private-press, limited-to-200-vinyl-copies solo debut, In Search for larger reissue on July 16 via Paradise of Bachelors:

Under the direction of Chance as a guru, his band spent five years in secrecy in the late 1970's recording this fierce, inimitable collection of mythmaking countrydelic tunes in a "bonus room" above his parents' garage in South Nashville... Chance turned off all outside influences, hunkered down and began writing songs on Johnny Cash's D35 Martin, gifted by the Man in Black himself.

Look for the release on gatefold vinyl with a photo booklet, as well as CD/digital. Order yours via the label, but make sure and stream the first track to emerge from the release, "Mr. Freedom Man," below. Don't expect a straight ahead country track, a wealth of influences creep into this eccentric 1981 release.