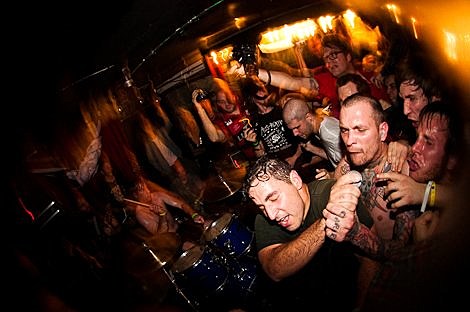 Last year's jaw-dropping lineup at Chaos In Tejas was sick, and 2010 is proving to be no different. For four days across four different Austin venues, May 27th to the 30th at Emo's, Mohawk, Red 7 and Beerland, the festival will offer some of the most impressive names in the independent/underground scene including the indestructible Rorschach, the first ever US appearance from Australian punk greats X, a one-time reunion of Japanese crust-core band Bastard, the quirky cutesy indie pop-punk of Grass Widow, Gehenna (who just played A389), Subhumans, Bastard Noise (who have a new record), Bone Awl, BV faves Jeff The Brotherhood, The Spits, Psychedelic Horseshit, Ty Segall, The Ponys, Iron Lung (who recently played Cake Shop), Poison Idea, Inquisition, and many many many others.

In addition to the obvious mayhem that will ensue over the four days, Chaos in Tejas will also showcase art from some of the scene's most interesting names including Tim Kerr (of Big Boys), Winston Smith (responsible for tons of collage work, including the Dead Kennedys best album art), and Bryan Ray Turcotte (best known for his book Fucked Up and Photocopied). 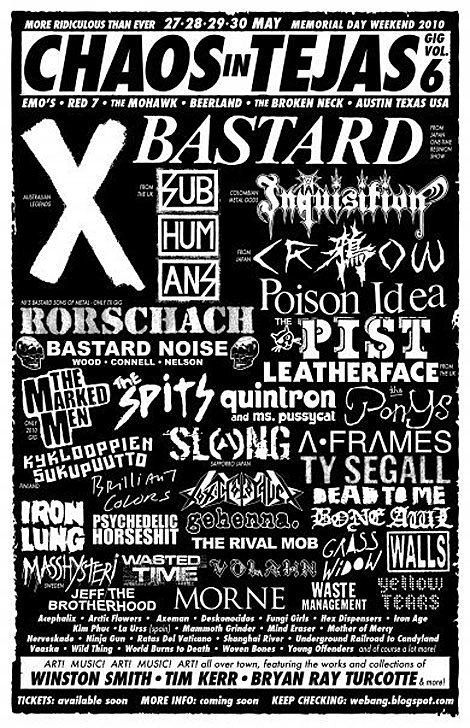