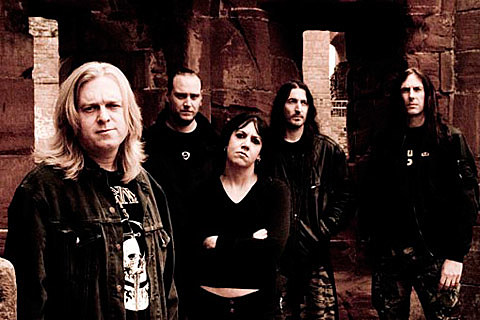 Chaos in Tejas have announced their first round of artists for 2013 and guess what, its a doozy. Bolt Thrower will return to the states and join the Ashes to Ashes-lineup of Final Conflict (Renfrow, Harp, Martinez, for the first time since 1988), Terveet Kadet (Finland), Integrity, Manilla Road, Abigail (Japan), Merchandise, Kromosom (Australia), Lower, Cruciamentum and many many others. The initial announcement is but twenty of 150 artists that will be announced for the festival, which happens May 30 - June 2 in Austin, TX, so hold on to your hats, kids. Passes go on sale on Oct 8.

In addition, Bolt Thrower will join Sleep, Carpathian Forest, Revenge, Abigail, Anhedonist and many more as part of another batch of Maryland Deathfest artists announced today. Current MDF lineup is below.

Lineups and Chaos in Tejas flyer is below. 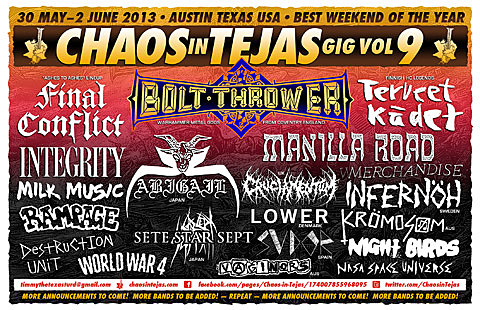