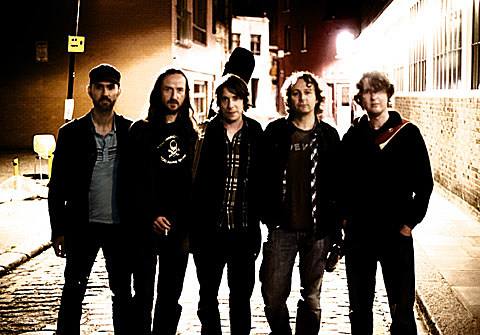 Those rescheduled Chapterhouse shows are coming up in about a month. The first is still October 3 at the Bell House with Ulrich Schnauss and Mahogany opening. Then a second show, happening on October 4, was originally also going to be at The Bell House but will now take place at Le Poisson Rouge with Ulrich Schnauss and Soundpool opening. As I wrote earlier in the year:

Chapterhouse's 1991 debut, Whirlpool (reissued in 2006), mixed swirly guitars and breathy vocals with a hefty dose of dance music (Madchester was peaking then) and the album's single "Pearl" was a big Modern Rock radio hit in America. It's hard to hear "Pearl" and not think it was a big influence on The Big Pink's "Dominoes." The band made a second album -- the more overtly dancey Blood Music -- in 1993 but went their separate ways not too long after that. Drummer Ashley Bates now plays in Tunng.

You can download Chapterhouse's classic single, "Pearl," at the top of this post. The NYC dates are part of a short North American tour Chapterhouse and Ulrich Schnauss that kicks off October 1 in Chicago. All tour dates are below...