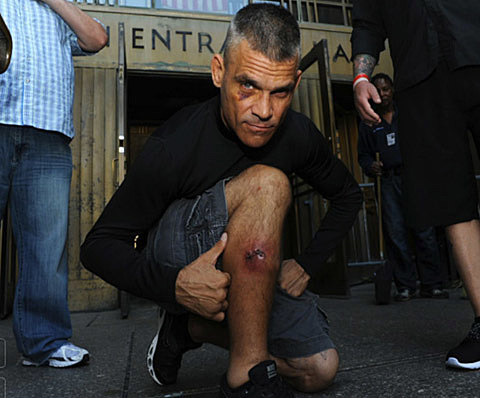 After problems with the case surfaced earlier this year, charges against Harley Flanagan have been dismissed according to a report via New York Natives. Harley Flanagan was charged with attacking two current members of his former band Cro-Mags at a July show, weilding a knife and stabbing them both. Check out a video statement from Harley Flanagan below.

Speaking of Cro-Mags, the band will team with Sheer Terror for a show on December 30 (tickets). Expect metal detectors at that one.

The Sheer Terror show will mark the final appearance from Gary Bennett on guitar. The also-Black Anvil guitarist will play Saint Vitus on 12/21 with Evoken (tickets).

Head below for Harley's statement.