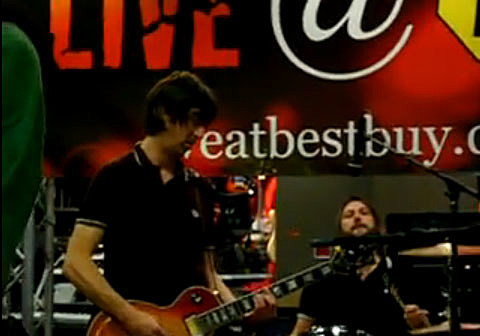 The drummer for The Charlatans, Jon Brookes, collapsed on stage last night during a gig at Philadelphia's Johnny Brenda's.

Early into the set Brookes suddenly collapsed and stopped breathing. Fortunately there was a doctor in the audience who administered first aid and got the drummer breathing again before the paramedics arrived minutes later. Brookes was taken to St. Joseph's Hospital in Philadelphia and during the night was given a CAT scan and has been responding well to treatment. He has now been transferred to a larger hospital in the city for further tests, although his condition is said to be improving and doctors believe there will be no long term effects on his health.

Fans are advised to check the website regarding future gigs.

Two videos from the Best Buy show (which took place one day before Philly), below...