There's never a shortage of cool movie screenings in NYC, but here's a roundup of some of the music (and cow) related screenings coming up in the near future. The screenings of Stop Making Sense and Pulp: A Film About Life, Death and Supermarkets already happened at Lincoln Center in the past week, and there's a another sold-out screening the Pulp doc tonight (Aug 7) at Rooftop Films at Industry City in Sunset Park, which will be followed by a Q&A with Jarvis Cocker and director Florian Habicht after which they'll then judge a Pulp karaoke contest.

As far as thing you can actually still go to, the new film from master documentarian Alex Gibney (Taxi to the Dark Side, The Armstrong Lie) about Fela Kuti, Finding Fela, is screening regularly all week at the IFC Center. On Friday (Aug 8) after the 4:40 screening, Gibney will be there in person for a Q&A about the film. Tickets for that are on sale now.

There's a free screening of a documentary on soul singer Charles Bradley, titled Charles Bradley - Soul of America, coming up soon at City Winery on August 12. Bradley and director Poull Brien will be on hand for a pre-show Q&A. Again, it's free, but you do need to RSVP.

James Brown in The T.A.M.I. Show 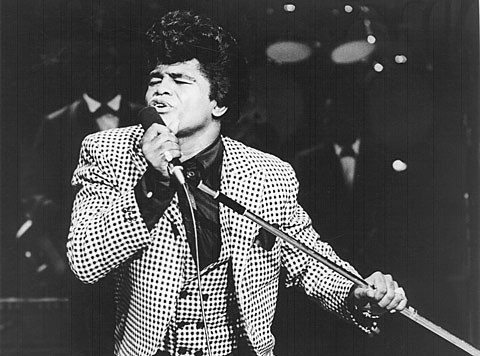 There's a James Brown biopic, Get on Up, out in multiplexes all over the city right now, but to give fans of the Godfather a more realistic fix, in late August Film Society of Lincoln Center will be putting on a 4-day series called James Brown: The Hardest Working Man in Show Business. The series runs from August 29 - September1, and will feature, some films like Rocky IV, Black Caesar, and The Blues Brothers which feature Brown performances, as well as the Brown-centric documentary Soul Power, and classic concert film The T.A.M.I. Show (which features an amazing set from Brown). Plus '60s teen comedy Ski Party, compilations of live performances, and more. Tickets for all these showtimes are available via the Lincoln Center website, and a full schedule of the program is below.

Elsewhere, as we've mentioned, the crowd-funded meat industry doc Cowspiracy: The Sustainability Secret screens on August 21 at AMC Loews Village 7 and you can win tickets from BV or buy them here. As we've also mentioned and are very excited about, the BV-presented screening of the City Gardens documentary Riot on the Dance Floor is happening on August 28 at the AMC Loews Village 7 and will feature a Q&A with Gibby Haynes, Sim Cain, and the director Steve Tozzi. Tickets are still on sale, and there's also an after party at Bowery Electric, for which we'll have more details soon.

That about does it until NYFF (just kidding, there's's tons of other stuff to tide you over until you can't get in to the new Paul Thomas Anderson movie). Enjoy the moviegoing month, and check out the schedule for the James Brown series, plus trailers for the Fela Kuti and Charles Bradley documentaries, below....