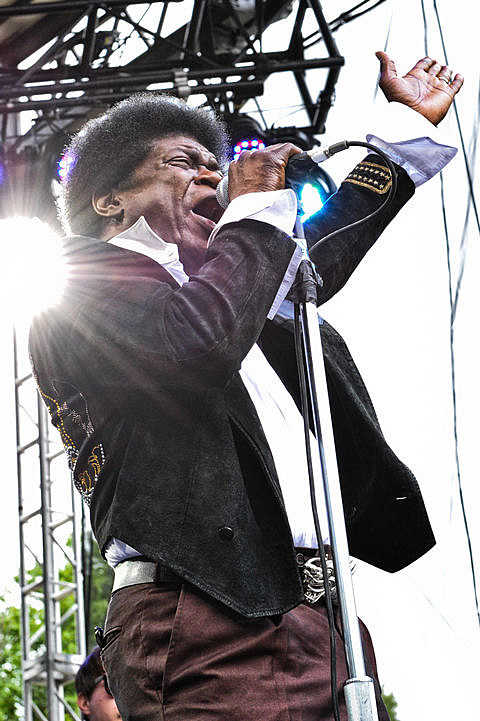 As we've mentioned before, Charles Bradley, whose second album for Daptone is out in April, used to spend time as James Brown tribute act, Black Velvet. And still does occasionally. Black Velvet play Brooklyn Bowl on Wednesday (2/13) back by Jimmy Hill & The Allstarz Band and The Gold Magnolias. Tickets are still available.

Meanwhile, still no word on tickets to Bradley's scheduled NYC show at The Apollo on May 16. He still has it listed in his tour dates but the Harlem venue doesn't have it on its online calendar as of this posting.

In related new, Soul Rebels will take over Brooklyn Bowl for the three nights following (2/14 - 2/16). The group, who were recently the house band at the NFL Honors Awards Show, will have guest Karl Denson plus openers Royal Surprise with them on 2/14; guests Pedrito Maritnez and Maurice Brown plus openers The Slide Brothers on 2/15; and John Medeski and Igmar Thomas plus openers Alecia Chakour Band on 2/16. Tickets to all three shows are still available.

Video of Bradley as Black Velvet at Hiro Ballroom last year is below.